Bob Marley was born on February 6, 1945 in nine miles, st Ann Jamaica, to Norval Marley and cedella booker. His father who was a Jamaican was of English descent, while his mother was a black young lady. His parents planned to marry but this could not happen because Norval left Kingston. Norval who died in 1955 saw his son only once. 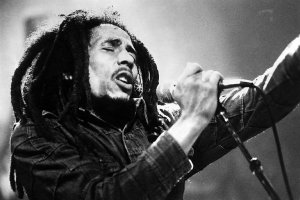 Bob Marley started his career with the wailers, this was a group he formed with peter Tosh and Bunny Livingston in 1963.

In february 1966 Bob Marley got married to Rita marley who introduced him to rastafarianism. As at 1969 rastafarianism had already been embraced by Bob, Tosh and Livingston, which greatly influenced Marley’s music in particular and also on reggae music generally. The wailers then collaborated with Lee scratch perry, which resulted in some of the wailers finest tracks like “soul rebel”, ” duppy conquerer”, small axe” and “400 years”. This collaboration ended badly when the wailers found out they perry, thinking the records were his,sold them in England without their consent. However this situation brought the wailers music to the attention of chris Blackwell, the owner of island records.

Blackwell signed the wailers and produced their first album, ” catch a fire”. This was followed by “burning”, featuring tracks as” I shot the sheriff”. after tosh and Livingston left the wailers in 1974 to start a solo careers, Marley later formed the band ” Bob Marley and the wailers”. His wife Rita was one of the three back up singers called the i-tress. During this period some groundbreaking albums where produced such as “Natty dread”, ” rastaman vibration “.

During a political violence in 1976 in Jamaica, an attempt was made on the life of Marley which made him traveled to England. He lived there for 2 years and it was during this period “Exodus” was produced, and it remained on the British charts for 56 straight weeks. It was later he released another album named “Kaya” this introduced reggae into the western world for the first time, and Marley’s international status was established.

In 1977 Marley had to consult his doctor when a wound on his toe could not heal. After much test malignant melanoma was revealed. His doctors recommended that his toe should be amputated but Marley refused, claiming it contradicted his rasterfarian beliefs but others however claimed that it was because of the negative impact to his dancing skill. Bob Marley continued working but the cancer was kept secret from the public.

He returned to Jamaica in 1978 and released “survival” in 1979 followed by his European tour. Bob Marley was the only artist who participated in the independence ceremony of Zimbabwe in 1980. This was a great success for Marley. Marley latter had to reach the black through an American tour. Bob played two shows at Madison square garden, BT he later collapsed while jogging in NYC’s central park on September 21 1980. The cancer which was diagnosed earlier had spread through his brain, lungs and stomach. On may 11, 1981 Bob Marley died in a hospital in Miami.Bob was 36 years old when he died.

Below are few vintage pictures of Bob Marley 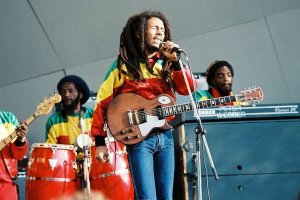 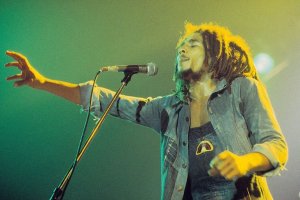 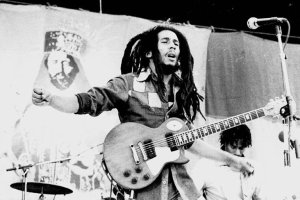 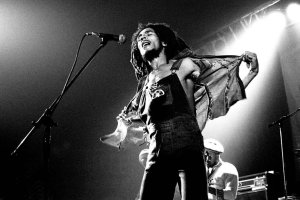